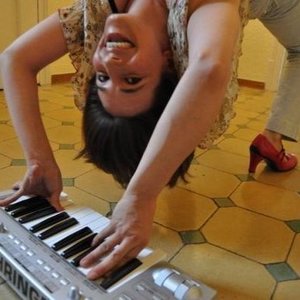 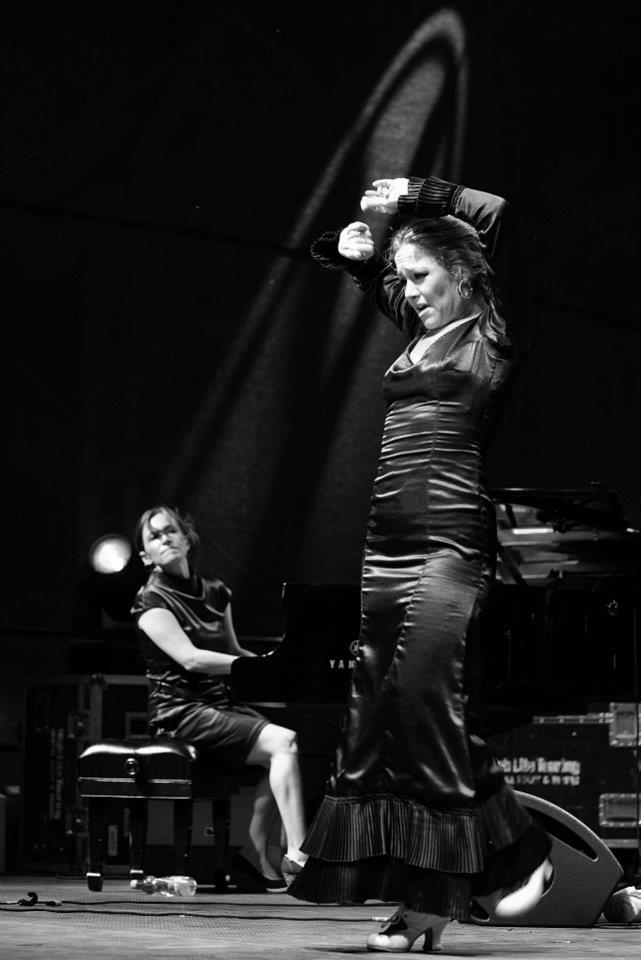 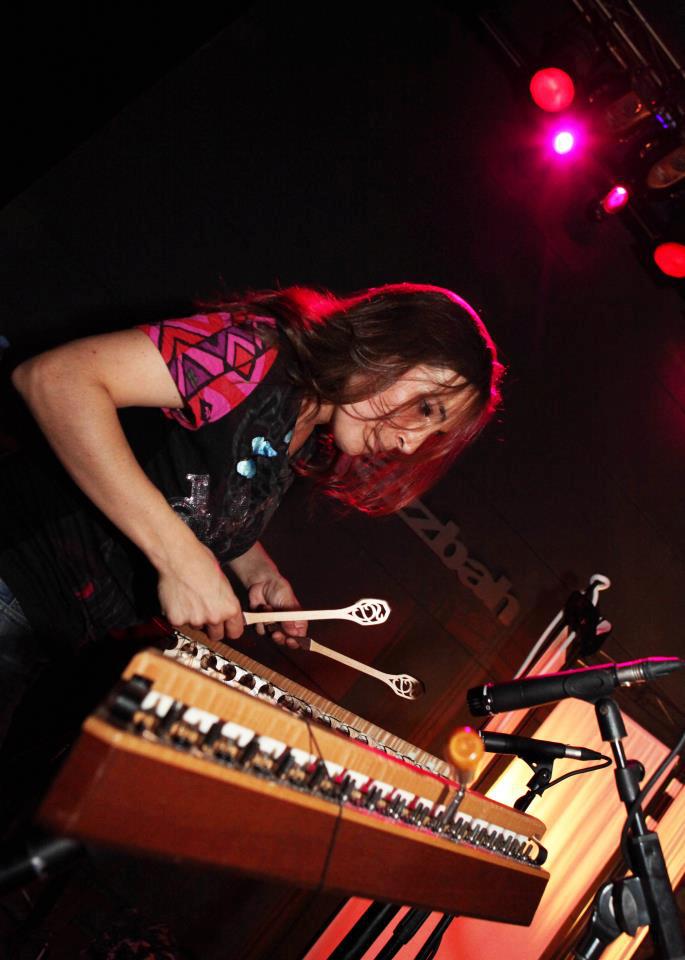 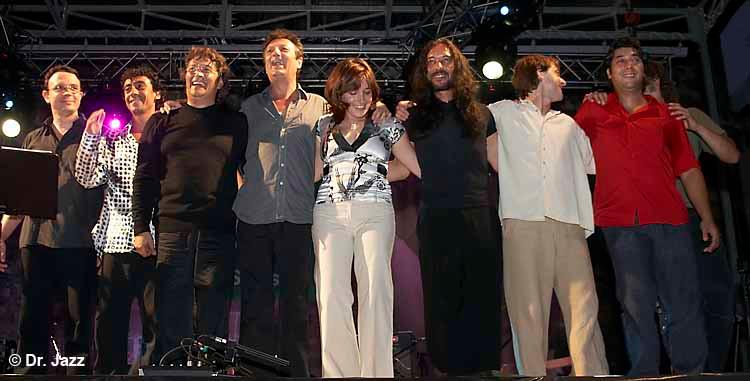 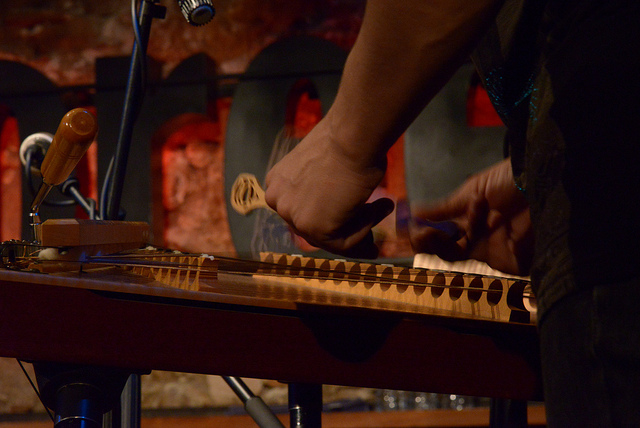 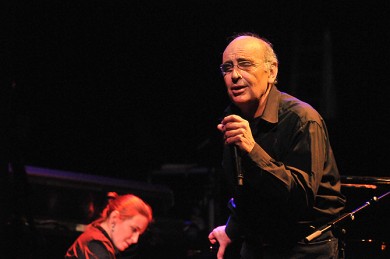 Marina Albero started playing music on stages as a child with her family while they toured all around the world performig iberian traditional and early music always creating new shows. In her early years she studied in Barcelona’s Conservatory (El Bruc) and later in La Havana (ISA), where she finished her classical piano degree with the great professor and pianist Mrs. Teresa Junco.

Marina has been researching in many different music styles such as: jazz, flamenco, early music, andalusie, latin (son & latin jazz)… She loves composing and improvising with a wide personal language carved by her colorful background.

She has played and recorded with several well known musicians and bands including L’Arpeggiata, Chano Dominguez, Pepe Habichuela, La Folata, Mariona Sagarra, Barbarito Torres, Llibert Fortuny, Glen Velez, Lori Cotler, Carlos Saura and Ars Longa.
Since September 2014, she enjoys living in Seattle with her musical family and has added to the local music scene and been well received by her fellow musicians as well as the listeners and the media.

Since moving to Seattle in 2015,  Marina has been piano chair at Teatro Zinzanni in several shows and has been invited to present her music at the Ballard Jazz Festival, Earshot Jazz Festival and KNKX live studios and Jazz Northwest. The Marina Albero Project (since 2016) features some of the finest musicians like Hans Teuber, Evan Flory-Barnes, D’Vonne Lewis, Jeff Busch, Jeff Johnson, Ganesh Rajagopalan, among others. In 2018, she was awarded with the Golden Ear Award for Emergent Artist and in 2019 she was the recipient of two Golden Ear Awards: best instrumentalist and best record of the year (self release: “A life Soundtrack”).

On March 8th 2020, she starts the emergency musical project “The Quarantine Sessions” as a response to all the cancelations due to the COVID19 outbreak. It is drawing lots of interest from the press and  participation from the online musical community. TQS has been awarded  "Community in Action" Golden Ear by Earshot Jazz in April 2021.

During these hard times for live music she has also been invited to participate in many live streamed series and online concerts by Earshot, Jazz At Lincoln Center, KNKX, Big BLDG,  Vito's, Orcas Center of the Arts, Seattle Improvised Music Festival and Bellevue Jazz Festival, South Hudson Music Project and JazzEd.

She is currently piano professor at the historic institution Cornish College of the Arts in Seattle and the Western Washington University in Bellingham, WA.

Her eccletic musical personality has brought her to share stage with some of the finest musicians beyond jazz such as Brittany Davis, Divinity Roxx, Queen Cora or Celisse.

Albero has been the resident artist of the 2021 Earshot Jazz Festival where she sold out all of the four different concerts she premiered. This spring she has been awarded with two Golden Ear awards, Concert of the Year (Marina Albero featuring Ganesh Rajagopalan) and Acoustic ensemble of the year (Marina Albero Trio).

In 2022, Albero has been invited to curate three nights at the new concert series held at the Good Shepherd Chapel in Seattle under the umbrella of Nonsequitur, a space for new music and avantgarde performers.

Marina is also a generative coach certified by the ICF and is currently finishing her NLP studies. 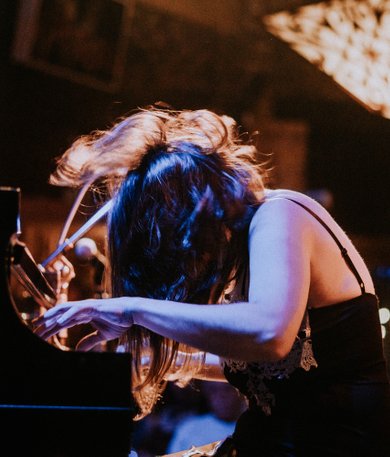 About "The Quarantine Sessions" 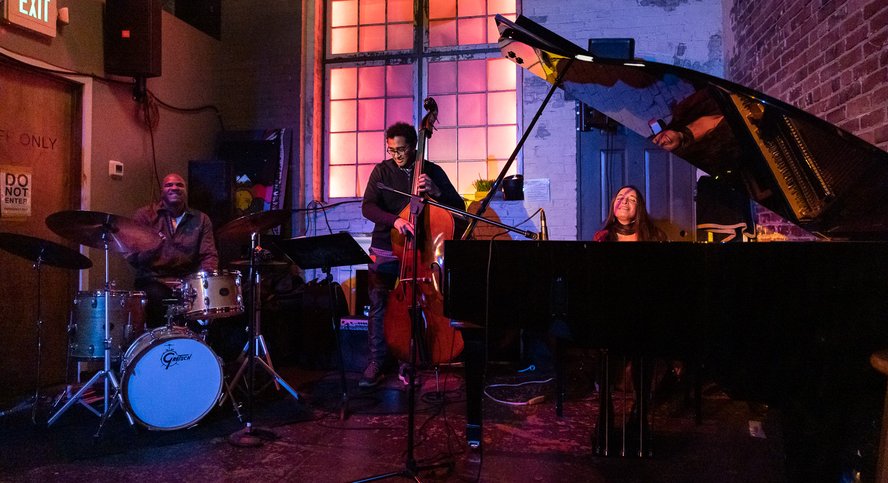